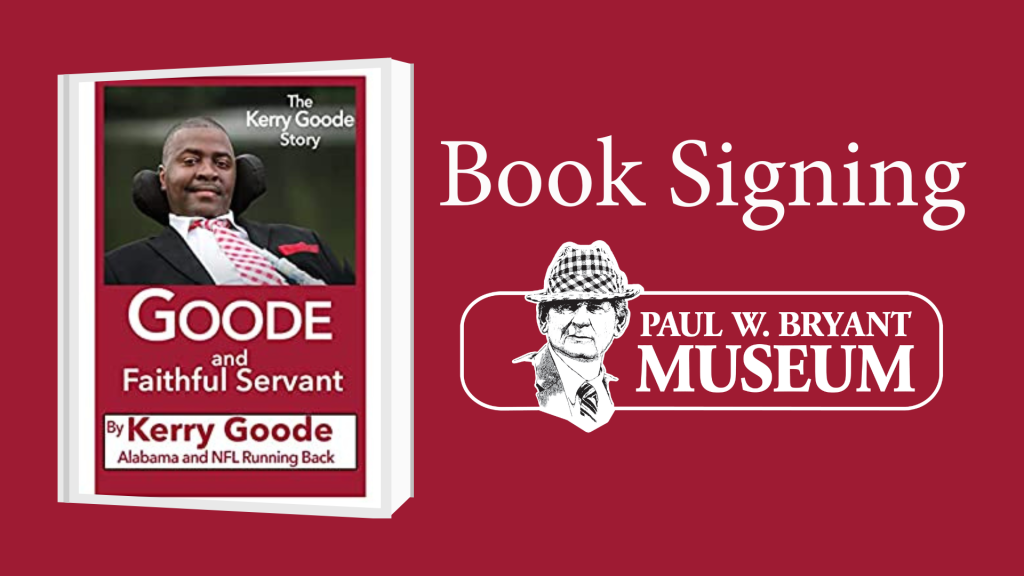 Meet Alabama Football and NFL Running Back, Kerry Goode, at the Paul W. Bryant Museum on November 26th from 10 am until 1 pm!

Kerry Goode’s journey has inspired and challenged countless people. He crashed onto the national sports scene as a star running back for the University of Alabama, honored as the SEC freshman of the year. After a devastating knee injury, he waged a courageous comeback and later played and coached in the National Football League. In 2015, he was diagnosed with ALS, known as Lou Gehrig’s Disease, and has used his trials to inspire thousands of people daily on social media and point them toward God.

Admission is the Standard $5 for the Exhibit Hall. No charge for autographs.